Max Louarn, Yuanning Chen, and Gary Bowser who are alleged members of Team Xecuter were charged with 11 felony counts.

According to the US Justice Department (DoJ) members of the infamous piracy group, Team Xecuter have been arrested and charged with 11 felony counts. The hackers are allegedly involved in selling methods of hacking and homebrewing consoles.

Team Xecuter is a long-standing hackers collective involved in developing software and devices to hack Nintendo consoles, such as the Switch and 3DS. The group specializes in jailbreaking consoles like the PSX, PS Vita, and Nintendo handhelds.

They are the same individuals who offered the SX Pro dongle to boost a homebrew OS and licenses to enable players to use custom firmware. 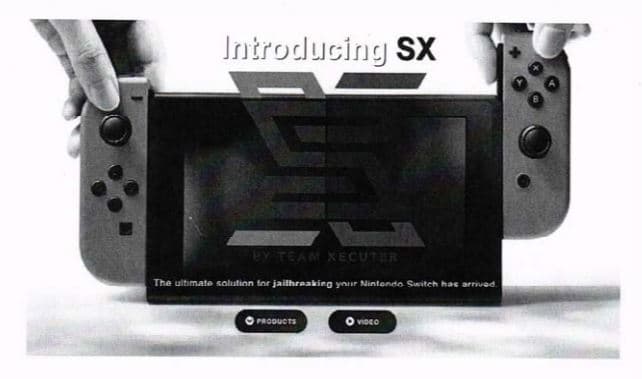 The group kept changing its devices’ names from 2013 to 2020 and used brands like the Stargate, Gateway 3DS, the TrueBlue Mini, and the SX line, which includes Pro, OS, Core, and Lite. They used Maxconsole.com and Axiogame.com websites as sales channels.

According to the DoJ, two hackers, Max Louarn, a French national, and Gary Bowser, a Canadian national, will face trial in the US. Bowser was arrested and deported from the Dominican Republic whereas Louarn will be extradited to the US.

Yuanning Chen, a Chinese national, is also allegedly a member of the group and is charged with the other two members. All the charges are filed in the US District Court in Seattle.

When a console is hacked in this way, users may load emulators and ROMs from various consoles, and they may also load pirated games, circumventing the need to pay for titles.

As per the DoJ’s indictment [PDF], the group catered to gaming enthusiasts and game developers as there is an overwhelming demand for enterprise devices to run pirated videogames.

US prosecutors explained that there are more than a dozen active members of the Xecuter group, including website designers, vulnerability hunters, hacking devices manufacturers, and resellers. At the moment, Xecuter’s e-store and blog are unavailable.

How a VPN Protects You From Phishing Attacks

5 steps to secure your connected devices