The multinational security firm is now warning its customers about the data leak.

Sweden’s leading security firm Gunnebo AB suffered a ransomware attack, and the hackers have posted the stolen data on the dark web. Reportedly, the company’s servers were compromised in August 2020.

Syrén confirmed the incident in an official statement, which read:

“Of course, we have been aware that files that originate from us are available on Darknet, and we naturally regret that this is the case. Unfortunately, this is exactly how computer criminals work.”

“Therefore, I would like to emphasize that it has never been an alternative for Gunnebo to pay a ransom to have the files deleted. The only way to curb this kind of crime is that the affected organizations do not fall short and payout ransoms.”

As per Dagens Nyheter (DN), Sweden’s leading newspaper, huge data reserves comprising sensitive customer data were stolen by the Mount Locker ransomware group and released on the dark web. On the other hand, Hackread.com has seen the data and can confirm that it is now being circulated on different hacking forums through the MEGA download link. 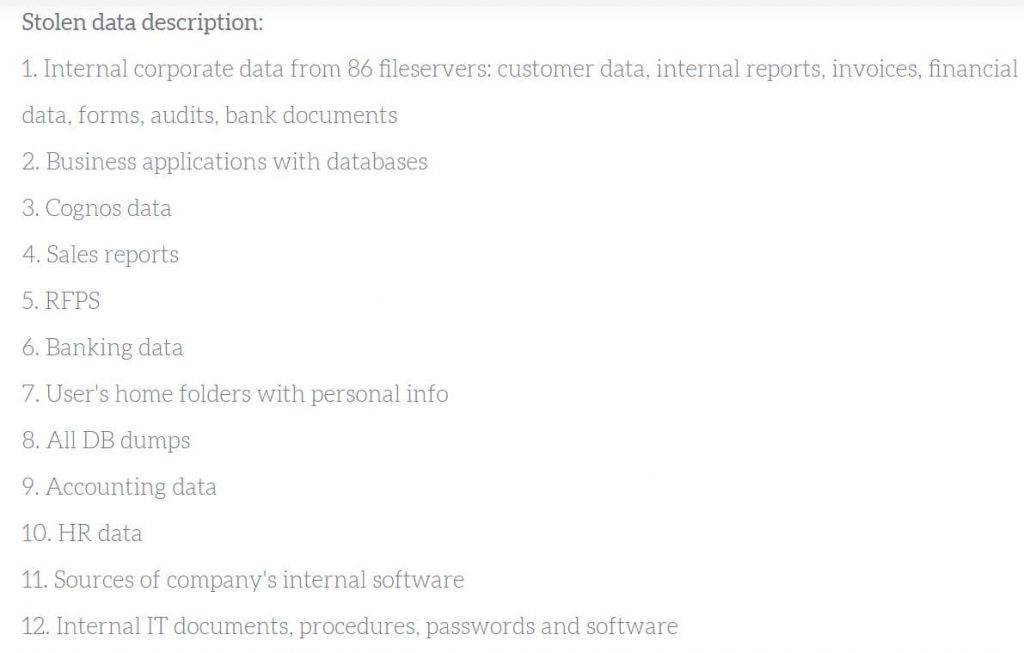 Gunnebo was founded in 1889 and went on to become the leading provider of banking security solutions in Europe, including safe storage, cash management, and entrance control systems.

Brian Krebs from KrebsonSecurity stated that the hack dates back to March 2020, but the stolen data has recently appeared on the dark web.

In August, Gunnebo released a statement that the company thwarted a ransomware attack. However, currently, it isn’t clear whether the data available on the dark web was stolen during the same incident.

Gunnebo claims that data theft is an “extremely regrettable” IT incident.

14 controls for securing SAP systems in the cloud

CISA warns of disruptive ransomware attacks on US hospitals